While we were in northern Indiana our mom said she wanted to take us over to see her Aunt M.  She also said we would meet a doggie named Elsie.  Elsie is supposed to be a cocker/French Bulldog mix but we don't know about that! 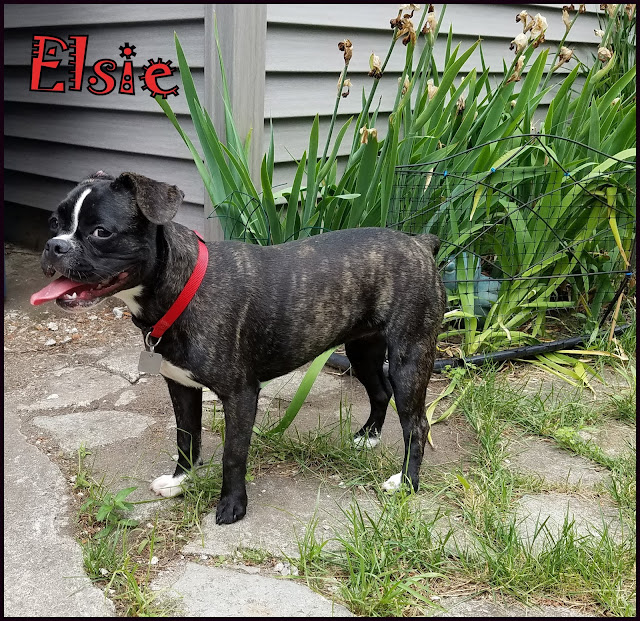 They said Elsie was a little crazy but we think she is just young.  Those 9 month old pups are a little nutty but it should wear off - or not!  While we were there Uncle D showed us the fish pond in their backyard. 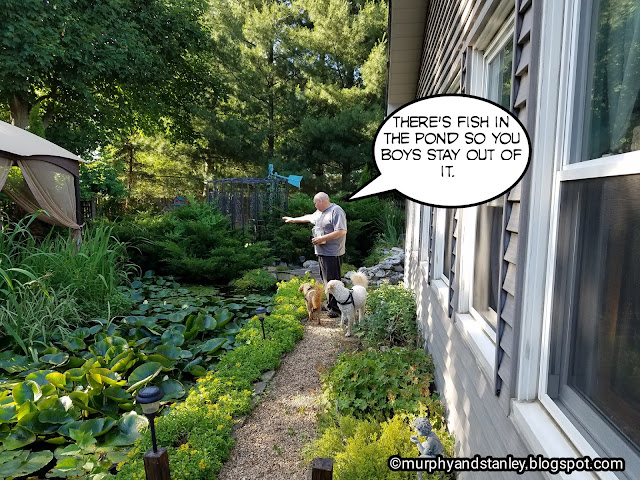 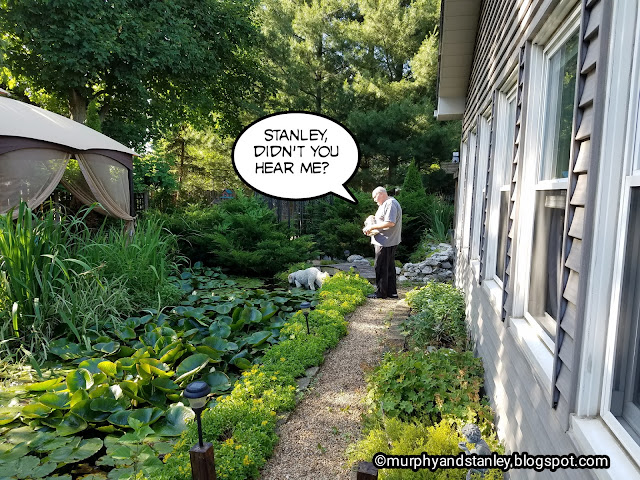 Stanley said he almost had a fish before he had to get out of the pond.  I tried to sneak in a bit later but mom caught me and told me to get away from it.  Rats, another missed opportunity!  But we think Aunt M really liked us.  She thought Stanley was MELLOW! 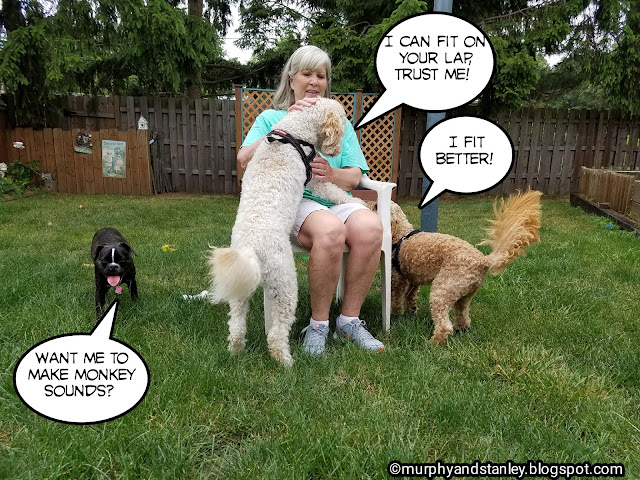 Elsie really does make monkey sounds!  She has a big ball and she throws it around and makes noises like a monkey. 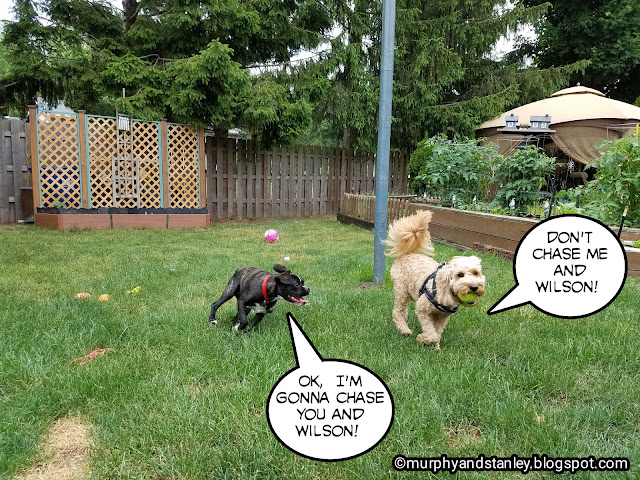 It was fun to visit our Aunt and Uncle and crazy Elsie too. 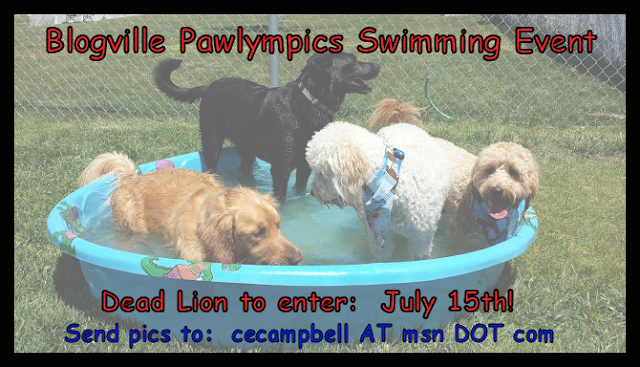 Well Elsie may not be what it said on the tin but she strikes me as a pretty cool girl all the same.
Better luck next time with the fishing.
Toodle pip!
Bertie.

MOL MOL Murphy and Stanley your Cousin Elsie is adorable. What an interesting gene pool (pun intended) she has. She has markings like Jester from the BAR

Did Elsie get Wilson?
Hugs madi your bfff
PS did someone say FISH POND?

BOW WOW, Elsie is a sweet friend it seems! What a pawsome time you had with her! I would also be in that pool and I'd catch some fishies...

Wow! What a great yard to play in! Say hi to Elsie for us, from her fellow cockers. (Half cocker still counts.) Chester and Joey

Looks like you had a great visit! What a nice yard. I would have gone fishing, too. I mean ... I'd have to! Right?
Yours sincerely,
Margaret Thatcher

Looks like a grreat trip! It's a shame Stanley didn't get to catch a fish.

That is a lovely garden Elsie has. She is very cute whatever she is!

Is Elsie a Cock-n-bull? Bwahaahaa! Just couldn't resist that. She looks like great fun. We could love to chase her.....and Bella would be in that pond!

What a beautiful yard they have!!!! It looks like everyone had a great time and I would have loved to hear the monkey sounds.

That looks like so much fun! I would love to hear the monkey sounds.

Elsie looks like a cool dog! Mom has a list of the events and is going to work on our swimming entry next!
hugs
Mr Bailey, hazel & Mabel

Nothings better than aunts and uncles

Elsie looks like a Boxer to me, regardless, she is adorable! DakotasDen

That pond looks amazing! You boys will have to try harder to catch a fish if you ever get the change again:) Elsie looks part Boston Terrier to us...she is a cutie whatever her geneaology :)

I'm sure Elsie was thrilled to have you Doods visit.
That fish pond should have poles