FFHT - The Night We Fought For Our Lives 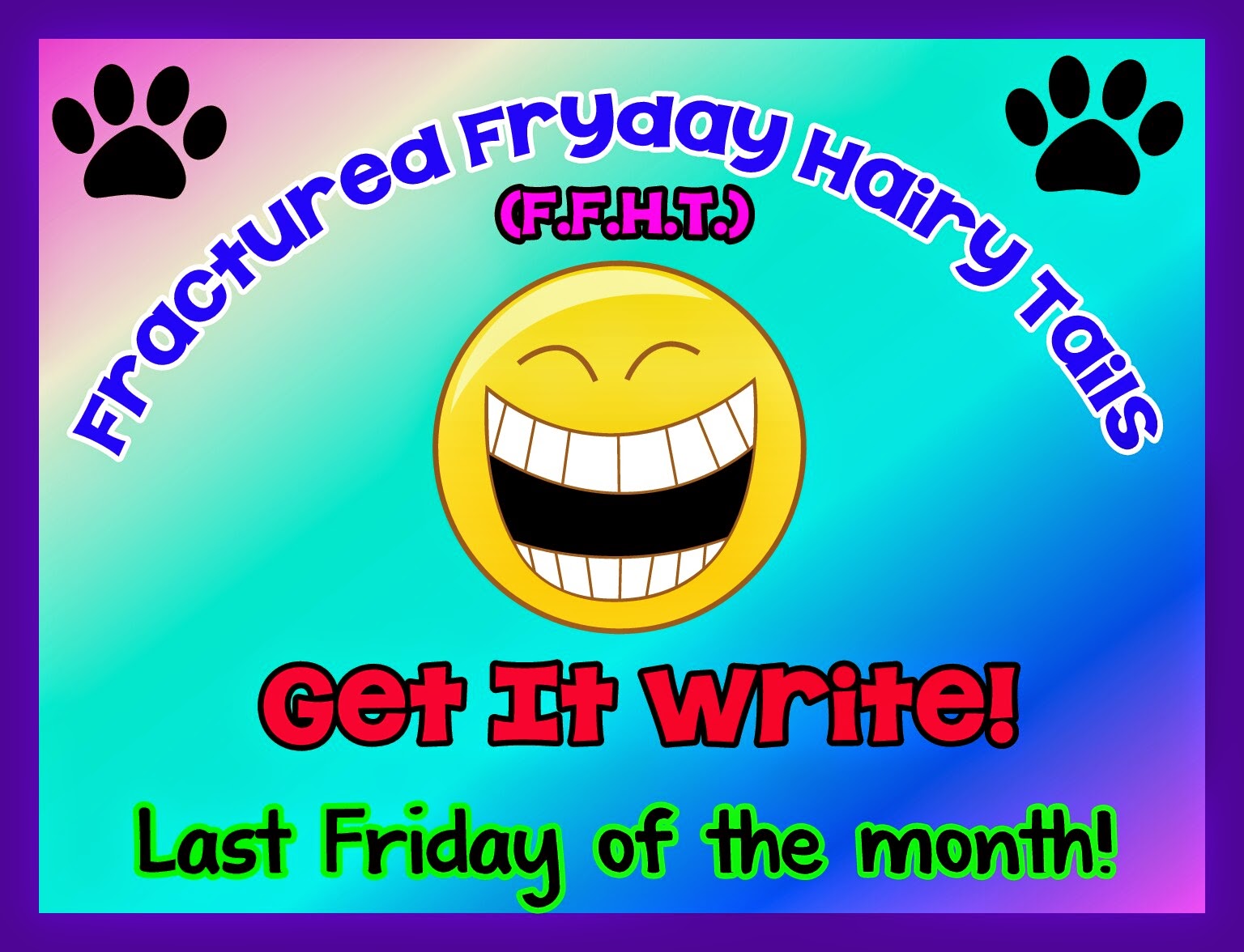 This month FFHT falls on Halloween so we are making an exception and opening the blog hop for 2 days so everyone can pawticipate!  Our special inclusion this month is:  "I knew there was no turning back now!"  See the tab on our blog for full FFHT information.  And now, on to our story: 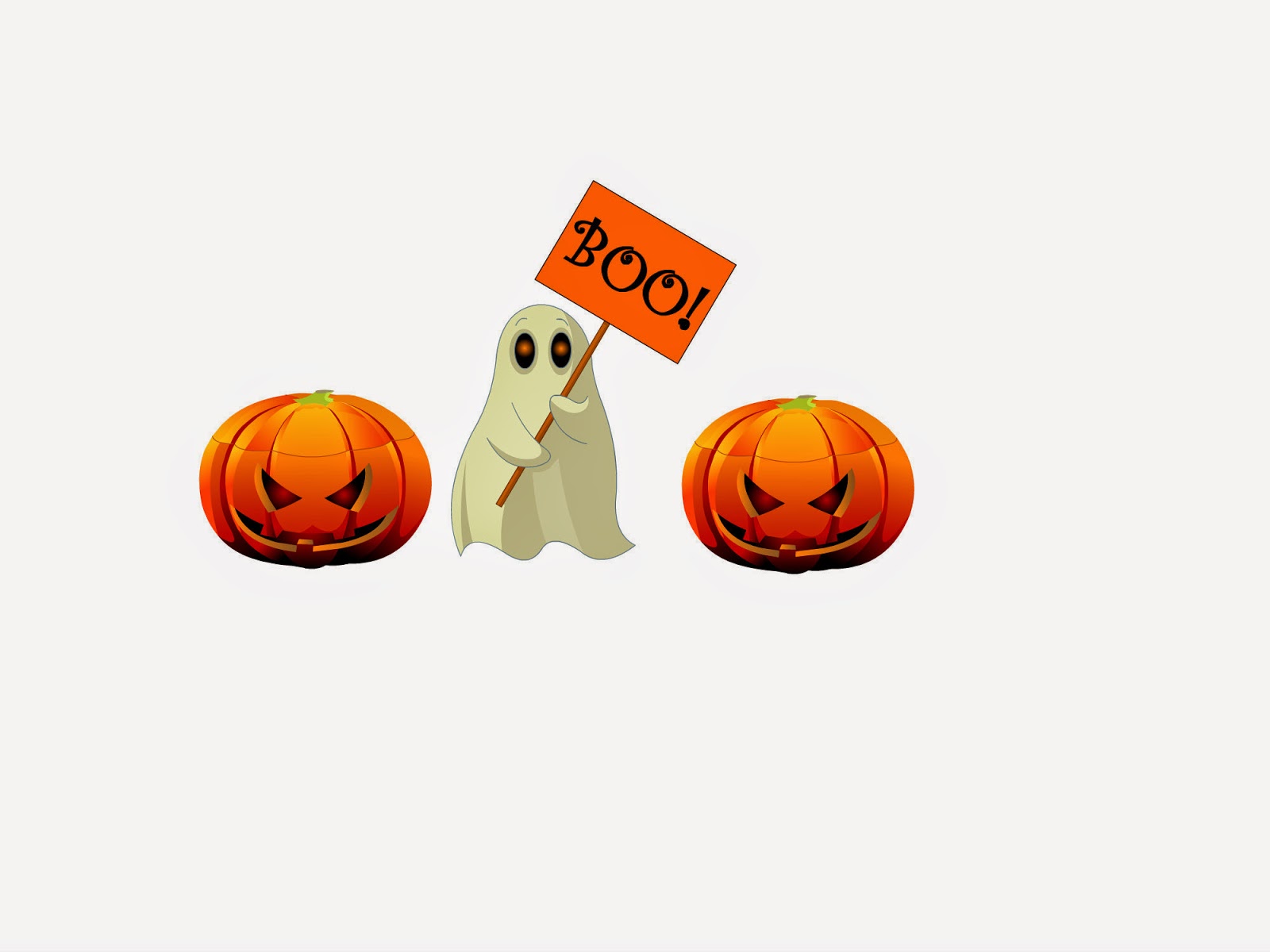 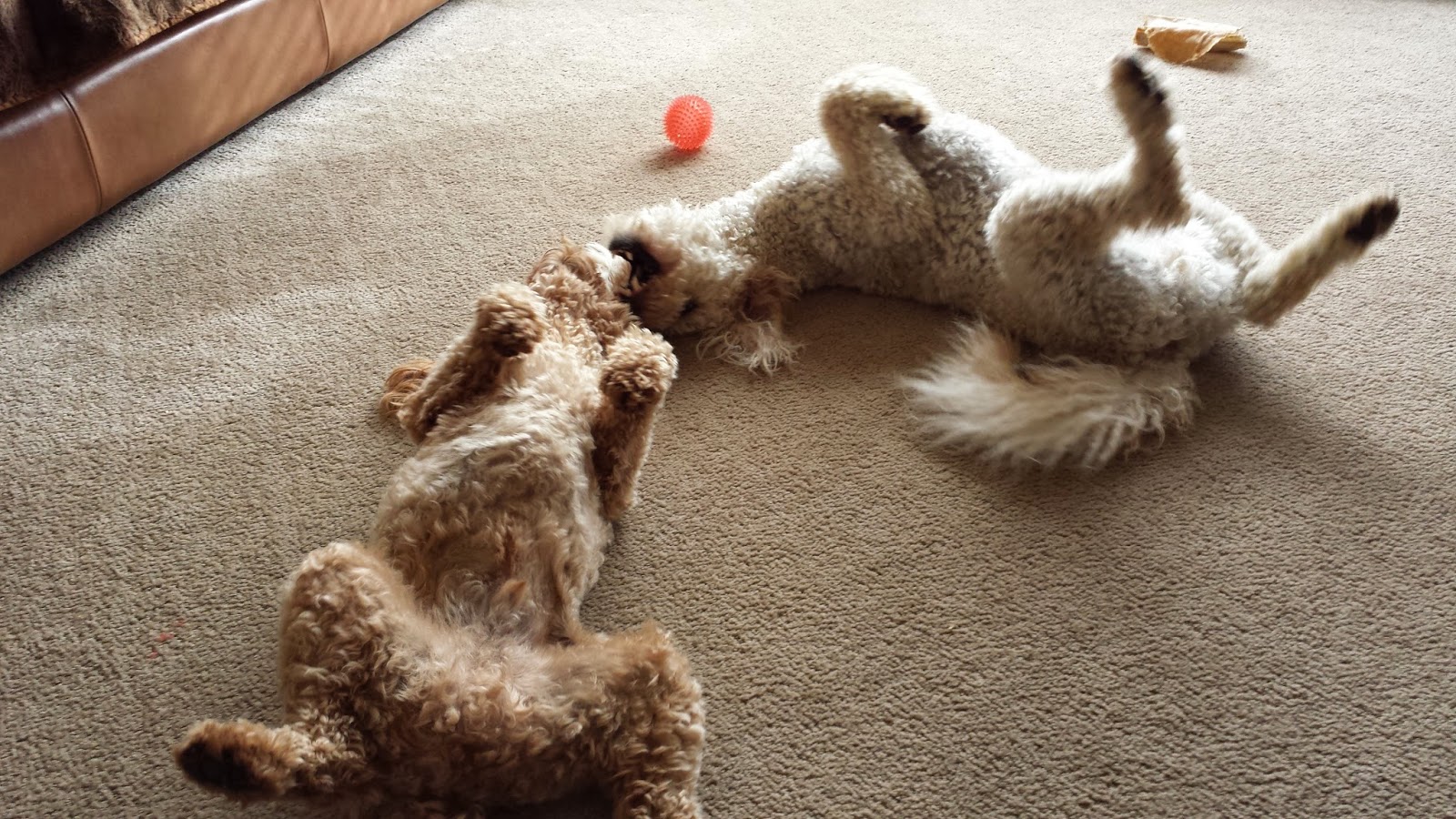 This is a true story.  One evening, an evening just like all the rest, me and Stanley were vegging out and watching a little television with our pawrents.  We'd had a full day of walkies and playing ball so we were kinda tired and just in the right mood to chillax and have a couple root beers.

We were watching Netflix cuz Stanley does NOT like commercials interrupting his shows.  The lights were dimmed and frankly we were both having troubles keeping our eyes open any longer.  Finally, mom says that she is tired and it's time for bedtime.  Well me and Stanley are no dummies, we know what bedtime means.  So we jumped up, ready to go down the hall.  We like to get into bed ahead of mom and dad so they don't hog up all the space.  It's a tiny little bed called king sized so we have to grapple for every inch.

No sooner did we start down the hall when mom says it had been a long time since me and Stanley went outside (that's code talk for pee) so she told us to go outside.  Stanley headed down the stairs and I waited back to make sure mom thought I REALLY needed to go outside (pee).

So I finally followed mom down the stairs.  Just as we got to the bottom we heard dad start hollering.  Now anybody who knows my dad knows it is rare that he hollers and even when he does it's quiet in comparison to a real hollering.  So mom was alerted right away that there was some sort of problem.  She quickly tried to grab me and keep me from going out the door.  However, she is very old and not very fast.

At that same time, I heard Stanley holler "Help me brother, help me . . . I'm wounded!"  Well there wasn't a moment's hesitation! I slipped through mom's old, rickety hands and bolted out the door.  I was flying out the door, about 87 miles per hour, just as Stanley was running in the door . . . running for his life and foaming at the mouth!

The air was tense, full of danger.  It was so full of danger that I could smell it and it didn't smell good!  Mom says I have what is called a "strong prey instinct".  I don't know about that but I do know that I was experiencing a lot of emotion.  Something nearly killed my brother and it was gonna pay and pay big time!  As quick as I got through the door, I could see the predator that tried to kill my brother.  He was cowardly and running down our hill and trying to escape.  But my instincts were activated and on high alert.  I knew there was no turning back now!  I chased that coward down the hill while mom and dad yelled at me.  They used the "COME" command (my favorite one to ignore) and the "LEAVE IT" command.  Everyone was tense and full of emotion.  I was barking like crazy as I ran towards the bottom of the hill.  Dad had just installed some chicken wire along the bottom of our vinyl fence (to keep my ball from rolling out of the yard) so I knew that vile, vicious, no good fiend would be trapped unless he could climb over that wire!  I'd rip him to a zillion pieces for hurting my brother! If you mess with my brother then you mess with me!

Just as I was about to show him the power of my sharp teeth, he found a place where the chicken wire came together and slipped out.  He continued to run down the hill like the coward he was.  Since I could no longer take revenge on the lily livered coward, I went back up the hill towards the house.  I had to see if Stanley was still alive. 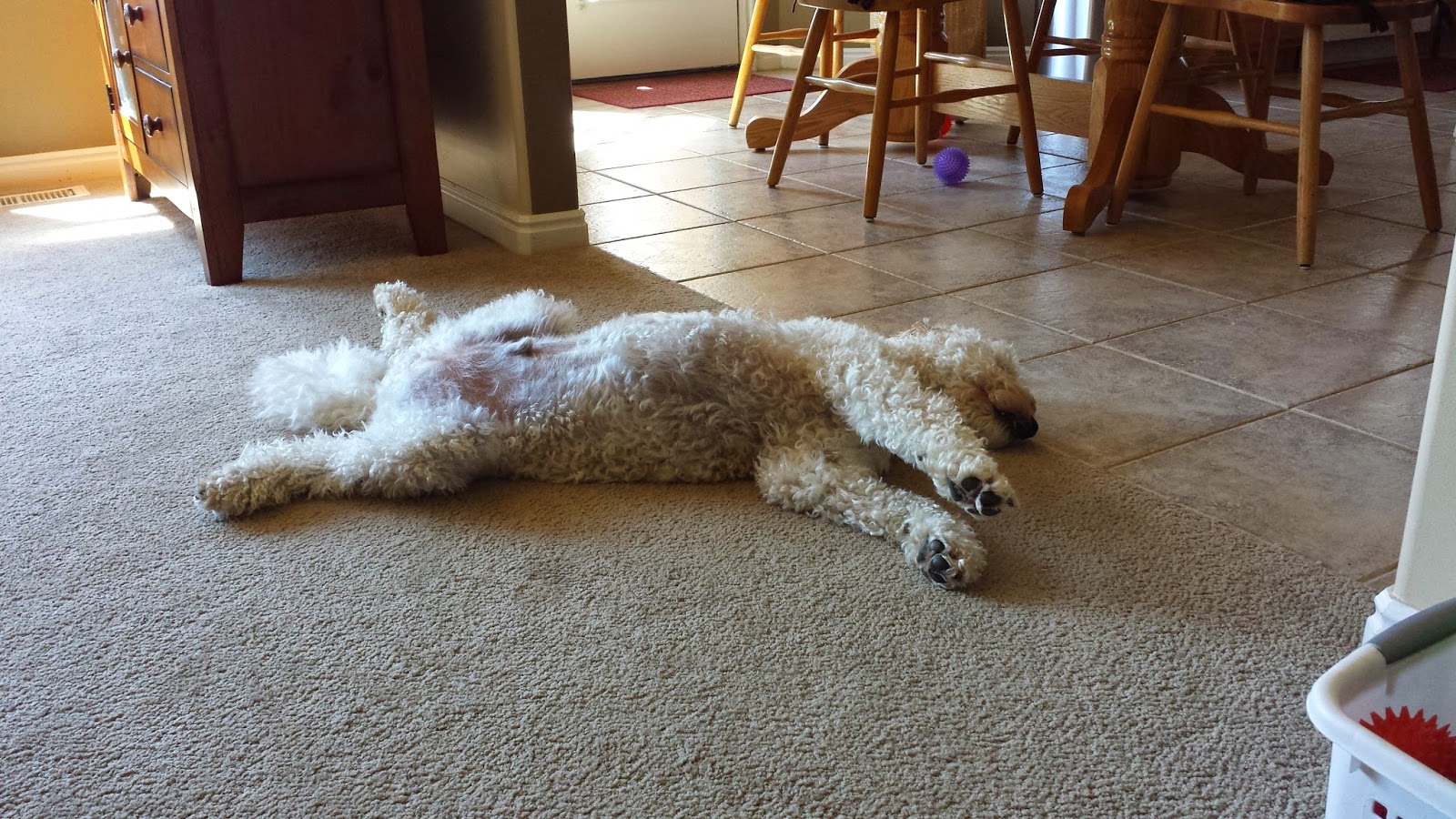 When I went in the door, mom and dad were yelling and Stanley was thrashing around on the floor.  Was he having convulsions?  Was he having a seizure?  My dog, what has happened to my brother?  At that point mom scooped me up and ran towards the bathroom.  Was I bleeding? Was I injured?  I heard dad grab Stanley and rush him into the other bathroom.  Was he performing first aid on him?  At that point I got scared.  I was so scared I think I could smell the fear.  No wait, that wasn't fear.  I smelled fear before and it didn't smell like this.  This smelled bad . . . REALLY REALLY bad!

And furiends, this is a true story.  This is how Stanley and I got skunked.

get the InLinkz code

Oh my goodness we can smell that skunk right here - and we don't have skunks in Scotland. A true Halloween Horror Story.
Toodle pip!
Bertie.
PS Love '…the "COME" command (my favourite one to ignore.)' Mine too!

WOW, that was an attack of Pepe Le Pew. No wonder that this guy had to leave France... and how bad that Pepe picked your area... Wonder who gave that guy a Green Card :o) btw: is it enough to take a bath when you got skunked or is there a special treatment to remove de Eau de Skunk?

OMD! Skunked in your own territory. That is despicable! We, um, hope the bath worked!

Oh yuck...skunks are the WORST!!! Our big brother got tangled up with one of them and he got it right in the FACE!!! Then he came running in the pool room and the room SMELLED really BAD for like two months!! Mama had to bathe him in tomato juice and he weighed like 200 pounds so it took a LONG time!! What a story...glad you guys escaped...

OMD smelly spooky things that go bump in the night. Luckily we don't have them over here says peeps breathing a sigh of relief. Have a tremendous Thursday.
Best wishes Molly

OMD....Maybe we shouldn't bark at those stinky things anymore....It is great that Stanley has you to protect him!!
Smileys!
Dory, Jakey, Arty & Bilbo

The Ladies of Beaglebratz Manor said...

Oh my, we Beaglebratz ain't never bin skunked b-4 BUTT our mom worriez we mite cuz of us goin'out at nite an'it iz really dark an'we love tue sniff ANYWHERE. We may not post our story til later tue-morrow cuz we gotz sumthin'else ferst. (Shiloh here - an'it will b all'boutz me).
So glad nobuddy wuz really hurt.
Shiloh-Lord of the Manor an'Diva Shasta

Oh NO! Was there a tomato juice BAFF in your future???

OMDs MOM WAS SITTING ON THE EDGE OF HER SEAT and I was barely breathing as we read this fracture friday hairy (smelly) tail. Did your dad see the stinky skunk from upstairs?
Thank goodness for two humans and two bathrooms.

Mom and i will have our FFHT up tomorrow with our Meow-o-ween post.
Hugs Madi your bfff

Leave to the stinky skunks!!! BOL!

Oh this story had us on the edge of our seats....what a good story for us, but a bad story for your folks....sniff sniff....stella rose

OMD!! Sometimes Mom smells a skunk when we go out in the backyard. She herds us back in the house, but the skunks are in the woods by our home. They do stink and that one was wrong to spray y'all. Grrrr. Did you have to get like 87 baths??

OMD OMD OMSkunk..... What a HORRID INVADER... THANK DAWGNESS you were there to Save your Brother and your mom and dad from IT...
Was there Nature's Miracle in the baffs Waters??? We hear that it works pretty good...
FABULOUS STORY and SO WELL WRITTEN...
"COME" to think of it... I used to have a REAL SKUNK who stayed in my yard and we napped together and walked around the hill... he stayed here fur 3 days... and MOM was Not happy ... Butt I was... THAT was before Ernie's time... HE would not have been NICE to the Skunk like I was... Beclaws everybuddy KNOWS that Ernie can be a STINKER... even withOUT being Sprayed...

OMD! What a great story and a true story!!!! We sometimes smell that smell in the air around our house, and it drives us crazy.
hugs
Mr Bailey & Hazel

Oh no!! What a story!! Thats like a nightmare story,,, and ohhh how stinky.
I am glad everyone was okay though!
love
tweedles

My Heaven! I do so feel for y'all, especially your Humans! Hope the Humans had gallons of tomato juice!

There is nothing worse than trading your sweet scent for that horrid odor. Back in Ca., we had a neighbor who took his dogs up in the hills every night to run-well one night we heard him yelling at them-he was saying "Stay"-because the same thing happened to them. Tomato juice works well, but I know your mom got some other stuff to put in your bath too.
Have a great evening.
Noreen & Hunter

Now that is a very very scary tale!!! You two bro's sure do look out for each other, even when there's a skunk involved. Wowzers!

Dogs Luv Us and We Luv Them said...

BOL!!! What a hilarious, fantastic story! Had my heart in my mouth the whole time. You are one brave dog, Murphy! As the Grinch might say, Stink, Stank, SKUNK!
Love & Biscuits,
Cathy, Isis & Phoebe
www.dogsluvusandweluvthem.blogspot.com