[NOTE:  We decided to publish early for our furiends across the pond.] 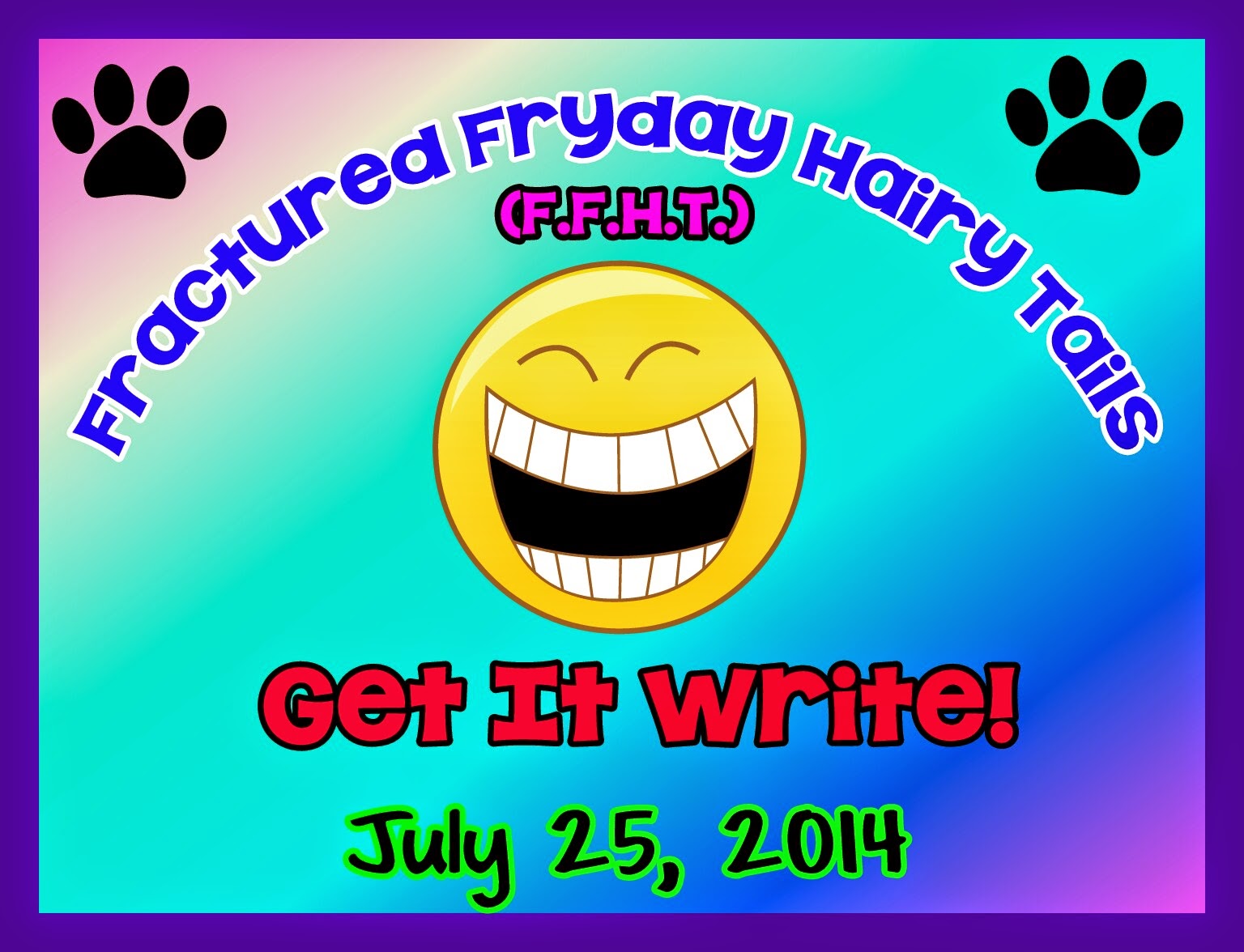 It was probably the worst day of my life.  Oh, wait a minute.  I guess I'm getting a little ahead of myself.  Let me explain . . . 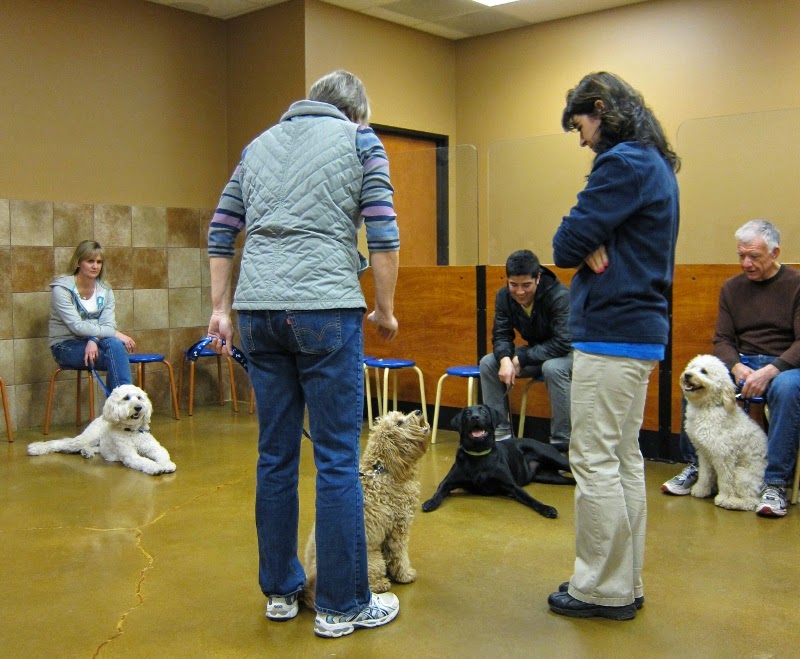 Me and Stanley had just graduated from PSU and received our CGC (Canine Good Citizen) Degree.  We were almost a year old, just a few days short of it.  Anyway, our teacher passed out a pamphlet to all the graduates and told us that since we were special trained doggies who passed this difficult test, we were qualified to go to an elite camp called the  "Okie Dokie Doggie Dude Ranch".  The minute Stanley got a look at that pamphlet his eyes lit up.  "Brother, it's for Doods!" he exclaimed.  I looked at at it closer and pointed out that it said "Dude" not "Dood".  Stanley didn't care, he just knew it was the place he HAD to go.

I have to admit, that pamphlet was enticing.  It listed all the stuff the doggies would be doing.  There would be horseback riding, dock diving, camping under the stars (just like when our ancestors, the ancient Goldendoodles ran wild!), and a whole bunch of other stuff.  But the problem I had with it was that it was for 2 weeks!  I could NOT be away from my mom for 2 whole weeks.  I didn't understand how Stanley thought he could be away from ME for 2 weeks either!  I tried to talk him out of it it but he had tunnel vision.

Stanley begged and begged our pawrents for permission and the green papers to pay for the registration.  Finally mom gave in and said he could go if he promised to be very careful and to call her every night before he went to bed.  Stanley promised that he would. 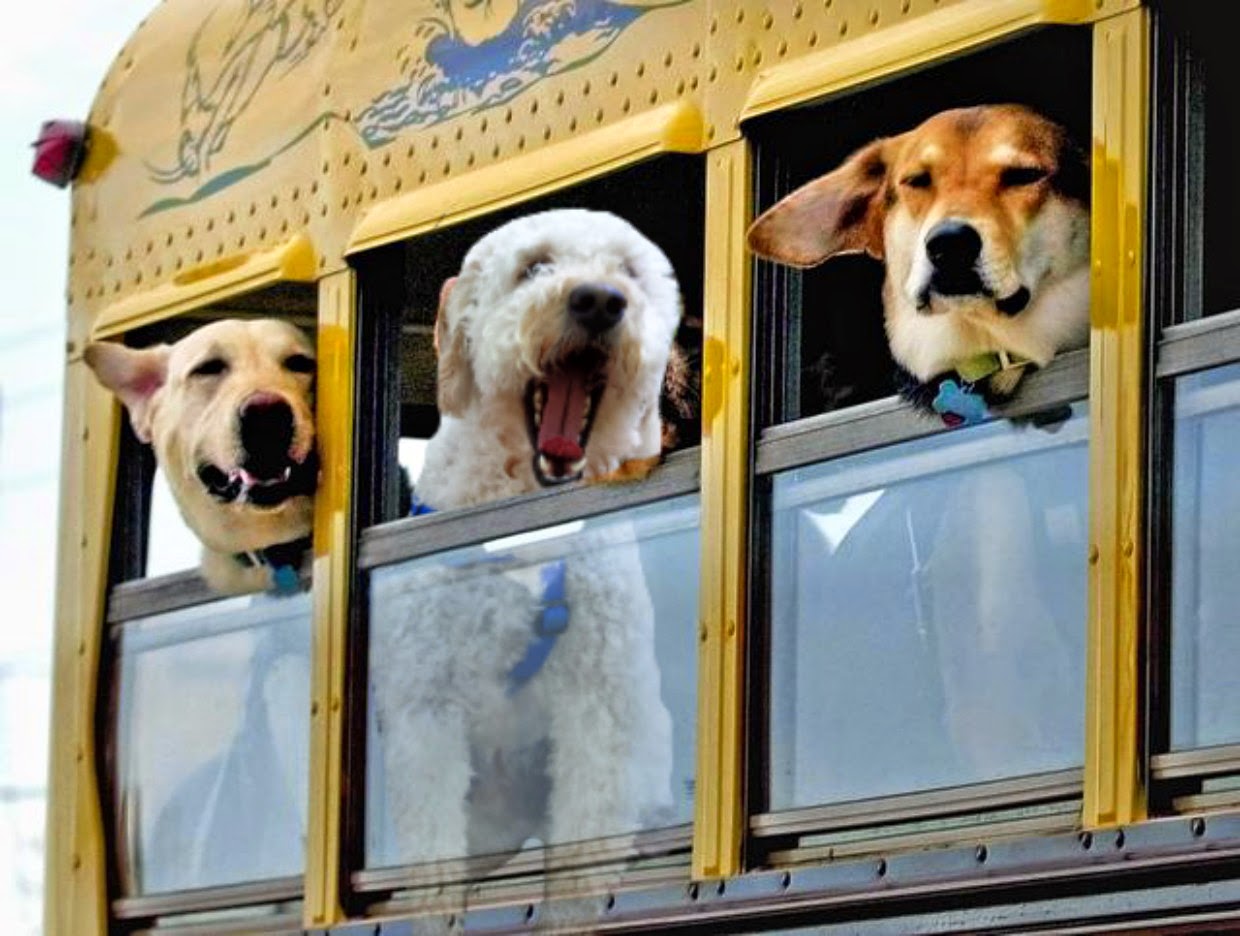 The day we took Stanley to catch the bus to the camp was probably the saddest day of my life.  We have ALWAYS been together, even before we were born we were together!  I was going to miss him like crazy!!  But he just kept talking on and on about all the fun stuffs he was going to do.  When Stanley got on that bus I had to wipe the tears from my eyes with my paw.

That night, when we got ready to go to bed, I looked up at the stars and wondered if Stanley was looking at the same stars I was.  My eyes got leaky.  When we got in bed Stanley wasn't in his regular spot.  I just snuggled closer to mom.  I think I heard dad crying during the night.

The next day I did the stuffs I usually do.  I got up and had breakfast, played fetch, took a nap, played some more fetch, took another nap, played more fetch, drank some water, played fetch again, and then it was supper time.  We never got any calls from Stanley.  It was like he was having too much fun to even call us!  After supper mom brushed my teeth and after another game of fetch we all decided to go to bed early.

The next day, as soon as I got out of bed I started putting "X" on the calendar to mark off the days until Stanley would be home again.  I was really suffering and mom and dad just kept walking around the house with their heads hanging down.  I tried my best to cheer them up by playing more fetch with them but it wasn't working.  Our hearts were breaking all at once.  Our family was not complete.

In the afternoon, the big delivery truck pulled in front of the house.  Usually me and Stanley go to the window and bark like crazy when we see the big truck.  We get pretty excited because the delivery man brings packages and they are always for me and Stanley.  So I went to the window and let out a few "woofs".  It sounded so hollow, almost like my barks just echoed in the room.  I guess my heart just wasn't in it. 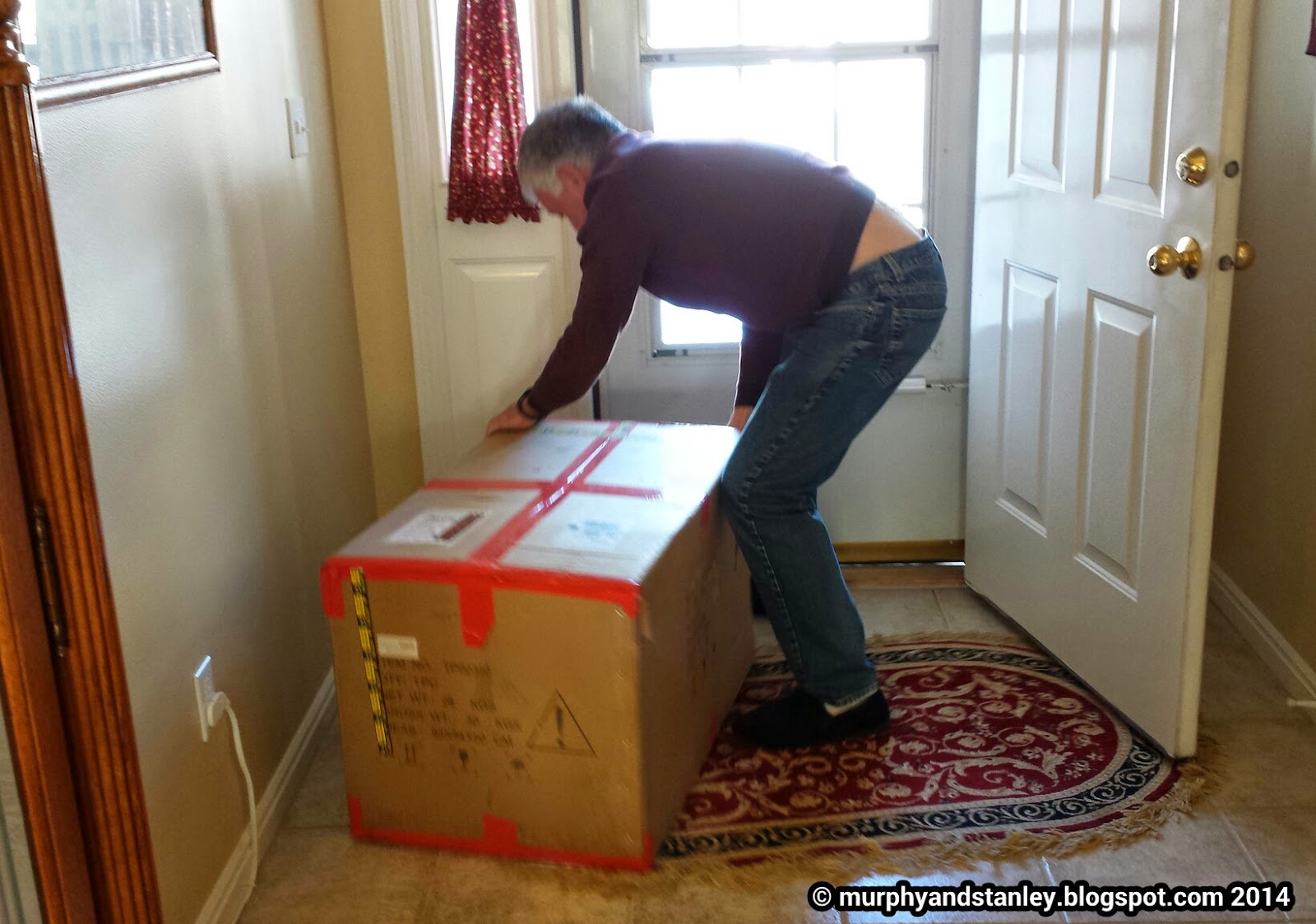 Dad pulled himself out of his saddened and depressed state and went and got the package.  When he brought it into the house I was surprised at how BIG it was.  There must be LOTS and LOTS of treats in this package!  If only Stanley was here to share them with me!  He was probably dock diving this very minute! Dad set the big box down in the entry way and told mom she could open it if she wanted to.  So mom took her scissors to cut off the tape and I reached my paw out to pull open the flap.

When I opened the box I was startled to find Stanley!  My brother was in the box!  Yippee!  I was so happy I started dancing!  Mom and dad cried tears of joy!  Finally Stanley barked out to help him out of the box.  He said he was so cramped up in there he couldn't even move!  So we grabbed Stanley and hugged and kissed him.  He told our pawrents that once he got off the bus he realized he couldn't stand to be away from us so he mailed himself back to us.  It was the best day of my life cuz I got my brother back!

OMD I was crying, I am so glad that it turned out ok. That was a great story.

Oh Murphy! I was so sad for you and your parents. I am soooo glad that Stanley came back early. This is a wonderful happily ever after story!

I was feeling really sad - knowing how sad all of you were. And I think Stanley thought he was a little tougher than he really was when it comes to sensitive stuff! Thank goodness he came to his senses and shipped himself back home again-- home to where his family was-- all of you together!
I know you will always remember that big box.
What a wonderful story
love
tweedles

Oh that is such a touching story. Well done Murphy. I am sure you two will not be separated again.
My effort is now up on my blog.
Toodle pip!
Bertie.

OMD, bet her were glad to get outta dat box!

Oh, Murphy, the start was so sad, I can't believe your brother had to go! But the ending was magic, what a brilliant story! That would be the best parcel to EVER recieve!
Pippa :)

What a magical ending!

Y'all I can't find the code to add the linky to my blog post.

Bravo,bravo that was wonderful and such a sweet ending. Sorry we did not have time to join in but we sure will when the next one comes round. Great idea. Have a fabulous Friday.
Best wishes Molly

Crikey .... I was getting real worried there for a bit. Thank goodness her came home, aye? I love happy endings and that was the happiest.

thank dogness he found a box big enough to send himself back to you all :)

The Ladies of Beaglebratz Manor said...

Now that's true, true LOVE! Way to go Stanley for brightening up everyone's day. Did you have to pay the postmaster in dog cookies for the postage?

OMD OMD we were so SAD and WORRIED... butt then STANLEY come home Speedy Quick. THAT was a super story.

Oh WE aRe so Happy that he came back home, you doods have got to stick together!!!!
stella rose

We're so happy your tail had a happy ending and Stanley learned that it's better to be at home with his family than at a fun camp.

OH MY DOOOOODS I CANNOT EVEN IMAGINE YOUR SWEET FAMILY MINUS STANLEY...THANK OUR LUCKY STARS HE CAME HOME FROM CAME LICKETY SPLIT.
hUGS MADI YOUR BFFF
ps OUR INTERGEEKS WERE AT WORK PLAYING HAVOC AGAIN THIS MORNING...WE ARE JUST GETTING ON LINE

Glad you guys were reunited so quickly. It isn't the same without your brother, is it!

Wow….. I'm so glad day Stanley mailed himself back to you. Maybe you can mail yourselves to da beach for vacation. Now I have a teleporting tunnel… but a big box works too.
Wags,
Ranger

Ha I guessed it as I wiped my tears away as I read the part of the stars and the incomplete furmily! Right decision Stanley! I'm so glad that you were all together. Great story!

That was an awesome story. You had me all choked up, with how much you missed Stanley. The ending was wonderful!!! Mailing himself in box was too funny!

Omd my heart just sank with you missing Stanley. That was a great story and im sure it had us all,
Wags
Jazzi

Whew! we were glad it was Stanley in the box! :) Great story!

Such a sad story with a happy ending!

Thanks for hosting this and I hope you'll do it again sometime. It was a lot of fun.

You had us very worried :-( So glad it was a very Happy ending story. Golden Woofs

We were so surprised he was in the box too! great story guys!